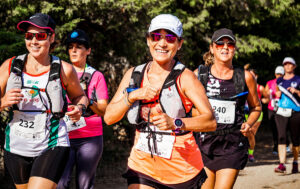 In controlled tests Oregon Health and Science University researchers gave 54 #healthy male and female #runners participating in the annual 199-mile Hood to Coast relay race either Montmorency tart cherry juice (10.5 ounces twice a day) for 7 days before and on the day of the #race or a placebo drink.

At the end of the race runners who’d taken the Tart Cherry Juice reported a significantly smaller increase in muscle pain compared to those in the placebo group.

Long distance running causes acute muscle damage resulting in inflammation and decreased force production. Endurance athletes use NSAIDs during competition to prevent or reduce pain, which carries the risk of adverse effects. Tart cherries, rich in antioxidant and anti-inflammatory properties, may have a protective effect to reduce muscle damage and pain during strenuous exercise. This study aimed to assess the effects of tart cherry juice as compared to a placebo cherry drink on pain among runners in a long distance relay race.

The design was a randomized, double blind, placebo controlled trial. Fifty-four healthy runners (36 male, 18 female; 35.8 ± 9.6 yrs) ran an average of 26.3 ± 2.5 km over a 24 hour period. Participants ingested 355 mL bottles of tart cherry juice or placebo cherry drink twice daily for 7 days prior to the event and on the day of the race. Participants assessed level of pain on a standard 100 mm Visual Analog Scale (VAS) at baseline, before the race, and after the race.

Ingesting tart cherry juice for 7 days prior to and during a strenuous running event can minimize post-run muscle pain.